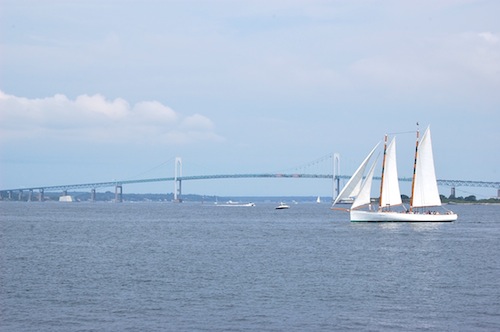 I was so nervous heading into the weekend.  I had been looking forward to going to the Newport Folk Festival all Summer, and I was afraid that it was not going to go well at all.  I attended a local concert last week with the boys, and all Nathan wanted to do was run around and act like a crazy person.  It was not at all enjoyable.  Also, the forecast was calling for thunderstorms.  Ah!  So I was nervous and set my expectations accordingly.

Thankfully, I am happy to report that the day was awesome.  We got up and out early Saturday morning, and we made it there right before the gates opened.  We had no problems with traffic, or parking, or finding a good spot to set up our stuff.  The day started out sunny, and it was really hot, so we were all thankful when the clouds moved in.  We had time in the morning to run around, throw a football, visit the Kids' Tent, get lemon slushies, buy a t-shirt and poster...  Then the music started, and it was all amazing.  Of course there are too many acts performing at once to see everyone, but this is the lineup of who we watched:  Brown Bird, Preservation Hall Jazz Band, Alabama Shakes, First Aid Kit, Blind Pilot, and Patty Griffin.

The highlights I want to remember include dancing in the aisle with Aaron on my shoulders while Alabama Shakes performed "Hang Loose", seeing the smiles on the boys' faces as First Aid Kit started "Emmylou", watching Conor Oberst jump on stage with First Aid Kit to sing the last verse of "King of the World", standing 15 feet from the stage for Blind Pilot, and hearing Patty Griffin sing "Making Pies".

During Patty Griffin's set, Nathan began his transformation into a wild animal, so we decided to leave before the last concert.  I am so thankful we did!  Towards the end of the My Morning Jacket concert, the skies opened up!  By then we were safely eating our dinner at a pub in Newport.  It really all worked out so well.   We had planned on spending Sunday at the beach, but the rain continued into Sunday, so after a swim in the hotel pool, we headed home early. 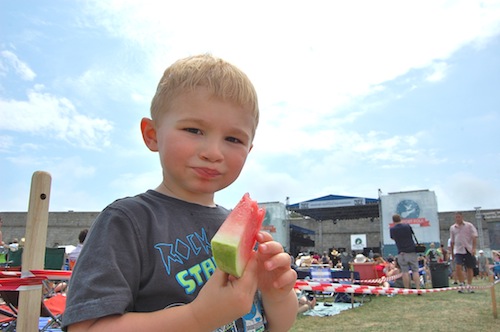 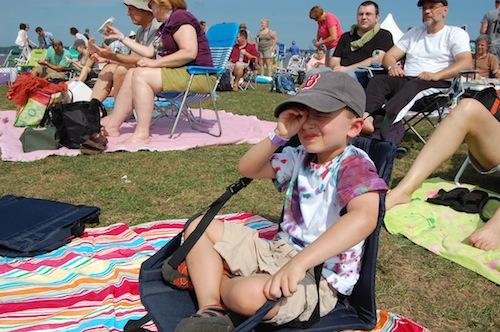 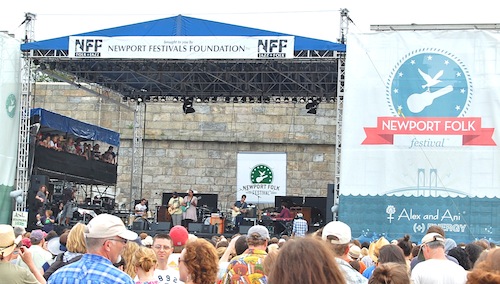 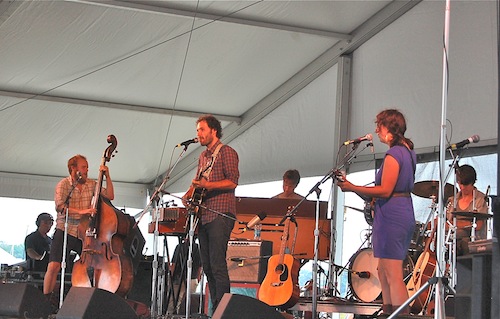 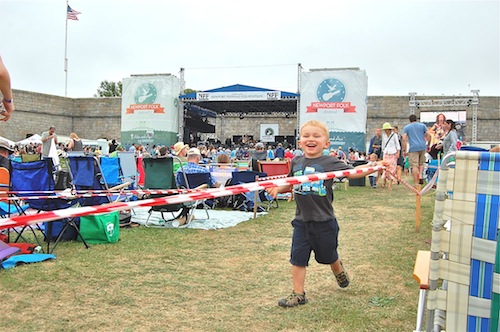