I'm sure you've heard Brandi Carlile, even if you don't know it.  Despite being told how good she is by others, I hadn't really listened to more of her music for some reason.  Probably because of her radio hits - I can sometimes be skeptical of commercial success, and it's easy to judge an artist based on the first song you hear.  ("The Story

" is a great song, but I somehow had it in my head that she was a pop singer.)  Anyway...I began seeing her again due to her latest album release - Bear Creek

, and this time I listened.  Now I'm in.  Sometimes it happens that way, doesn't it?  Give her a listen and see if you feel the same way.

In pulling this video, I also happened to notice that she is performing a concert in Boston in two weeks!  On a Saturday night!  With Josh Ritter!  And there are still tickets available!  Okay, gotta go see if I can get a sitter lined up... 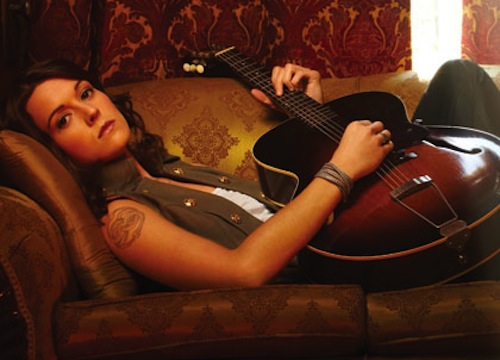