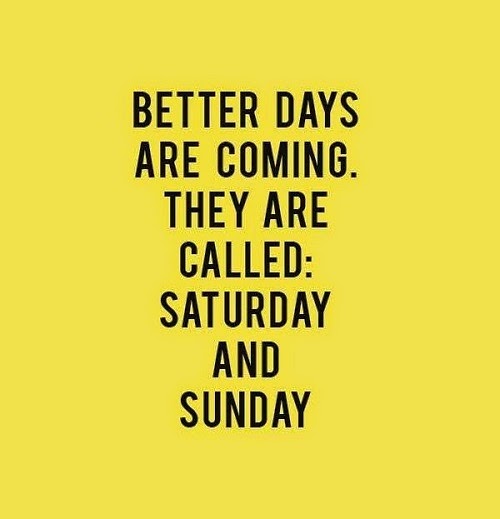 This week has thoroughly and completely kicked my ass. I plan to enjoy some sleep and some basketball this weekend and look forward to brighter days ahead. 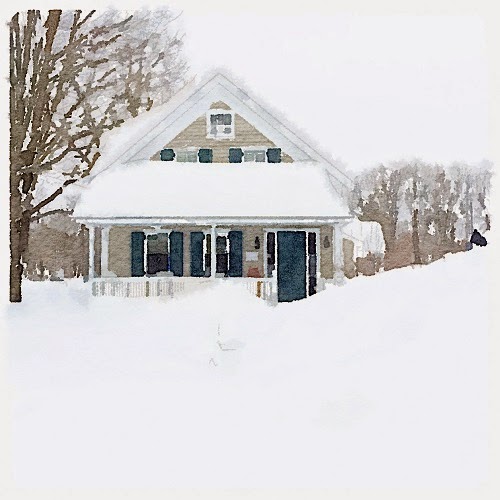 I was recently reminded about Waterlogue.  So fun, and yes my house still looks like this. It's supposed to be relatively warm this week, so I expect the mounds will start to get smaller, gradually. We set our clocks forward over the weekend, and it was light outside as we ate dinner last night. Summer is coming!

I had a pedicure and lunch with a friend of mine over the weekend. We've been friends for over 15 years now - long enough to have "do you remember when?" conversations, which is always fun. She's also one of those friends that can really make me laugh - as in, really belly-laugh. It feels so good to do that. We should all do it more. She has three (!) boys now, and she handles everything with such grace; I will forever and always be in awe of her. I adore having such inspiring and uplifting friends in my life.

The boys were both invited to a birthday party on Saturday evening. A movie-themed party at their house, which is just genius. Kevin and I enjoyed a free date-night, going out to dinner at a new Spanish restaurant in town. On Sunday, we split up - Kevin and Aaron got one last day of skiing in, and Nathan and I puttered around the house, cleaning and laundry and a trip to the grocery store. As annoying as those tasks are, I must admit I had a really nice time hanging out with my little helper all day. We mixed in some coloring and baking to increase the fun factor. (We used up our overripe bananas the way we always do. These banana bars are soooooo good!)

Kevin's 40th birthday is next month - finally, it's his turn! We booked a long weekend away to celebrate, and although we were originally intending it to be a kid-free vacation, Kevin decided that he wanted the kids to have a break from the cold as well. So we will all be heading to the Dominican Republic for a few days. I can't wait! I even bought a new bathing suit and tried it on and didn't cringe at the mirror. (JCrew bathing suits never fail me.) I can't wait to lounge in the shade while the boys play in the pool or the sea. As I look outside at the melting snow, I will be looking forward to this... From snow and mud to this.  Can't wait!  Picture via here.
Posted by Mary 2 comments:

, by Anita Diamant.  This is a lovely fictional memoir of a Jewish girl born in Boston to immigrant parents in the early 1900s. Written as a conversation to her granddaughter, it's a beautiful story. I enjoyed reading life lessons through the eyes of the main character, Addie Baum, and I particularly enjoyed it since it was based here in my part of the world.

, by Tana French.  In 1984, three friends went into the woods to play. When they didn't come home for dinner, a search began, and only one kid was found - Rob Ryan. Standing against a tree with blood-filled shoes, he had no memory of what happened to him and his friends. Rob moved away, changed his name, grew up, and became a police detective. Twenty years later, a girl was murdered in the same woods, and Rob was assigned to the case. Sounds intriguing, right?  I was pulled right into this murder-mystery, anticipating a resolution that never really came, and although I was entertained along the way, I was ultimately disappointed and sad.

Being Mortal: Medicine and What Matters in the End

, by Atul Gawande.  I must confess, I've developed something of a crush on Dr. Gawande. A general surgeon at Brigham & Women's hospital and a professor at the Harvard School of Public Health and Harvard Medical School, he has written several books and articles. I love his honesty, his beautiful writing, and his genuine desire to dive deep into a subject. This book is not a happy one - nobody wants to talk or think about dying - but it's an incredibly important one. He uses a lot of personal examples, including his own father's death, to convey his message about the role of medicine in our last phase of life. I haven't been able to stop thinking about it. I would encourage everyone to read it, or at the very least, watch the documentary about it.
Posted by Mary 2 comments: