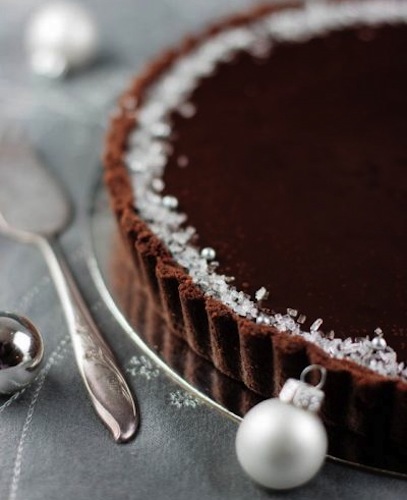 If you're a regular reader of this blog, you may remember that every year I participate in a baking competition with my sister-in-law.  It has evolved over the years, but it is a fun tradition, and I'm happy we've kept it going.

This year, Amber made a bourbon-cranberry bread pudding.  It sounded amazing, and the flavors were good, but the texture was extremely dense.  That may or may not have been impacted by a little oven mishap while the bread was baking - my mother-in-law didn't realize anything was in the oven and turned it off!  So it had baked for a while in a warm oven until Amber noticed and turned it back on to finish cooking.  I'm not sure it would've made a difference in the overall result, although it makes a fun story.  It wouldn't be the Annual Bake-Off without an accident of some sort!  We named this dessert "french toast", because that's essentially what it tasted like.  I like french toast, but it's not what I want for a holiday dessert.  It did get one vote, though - Aaron liked it!

I made a chocolate mint cream tart.  It was very good, impressive looking, and relatively easy to make.  It takes some time, because you have to let each layer cool before adding the next, but the overall effort is not intimidating at all.  This is a winner!

We also had an honorable mention this year.  I decided to make a pie as well, just so we had another dessert.  I had one last large butternut squash left from my garden, and my sister suggested I make a butternut squash pie.  I honestly never would've thought of making a pie out of a squash.  I roasted and pureed it a month or so ago, and I stored it in the freezer.  Then I followed the usual pumpkin pie recipe, replacing the pumpkin with my own squash.  I wasn't too sure about it - it was a beige color instead of the usual dark orange, but I had no reason to worry.  It was awesome!  I honestly may like it even butter than pumpkin.  It has a lighter texture, and it is equally good for dessert or breakfast.  I think this may be a regular Thanksgiving dessert from now on. 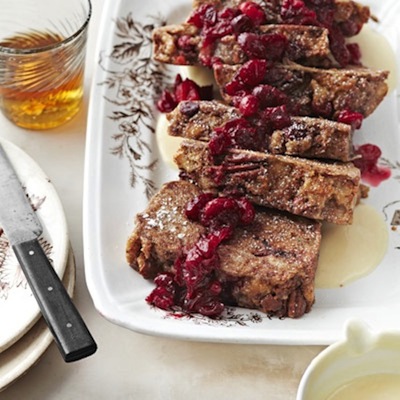 I wanted to try to document the entries and results from past year's Bake-Offs.  Winners are in bold.

I will need some help remembering pre-2006 entries and results, so I will update this at some point.  I seem to recall an apple pie with way too much lemon juice.
Posted by Mary