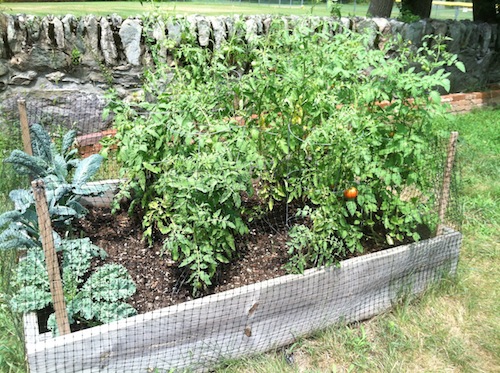 If you've followed me for a while (or if you know me), you know that I am not a skilled gardener.  Previous attempts at gardening were met with mixed results.  Sometimes the rabbits won.  We got a couple good years of blueberries before the bushes stopped producing.  We had one really great year of pumpkins followed by a couple bad ones.   We figured out what worked in pots.

Slowly but surely, I've gained a little knowledge and experience.  My herb barrel is a summer necessity, filled with basil, cilantro, rosemary, and scallions.  I've given up on the blueberries, and I've given up trying to plant things without adequate protection from the critters.  My next-door neighbor has been gracious enough to allow us to use some of her raised beds.  Last year we had two, and we grew mostly tomatoes, which are my highest priority garden vegetable.  (Store-bought tomatoes are mostly just gross.)  We still had problems with the rabbits and deer, so we had to wrap the plants in netting to save them.

This year, my neighbor said we could use all of the raised beds.  I got proactive and built fencing around each of them, and thankfully and for the first time ever, the animals have not been an issue.  I got seedlings from our community organic farm, so everything is organic and GMO-free.  It's been so much fun!  The kids love checking the garden every day to see the progress and picking anything that's ripe.  It's exciting when something new appears.  And with so much extra space, I branched out to vegetables I had never grown before.  So cool!

I got this eggplant later in the spring at the spur of the moment, since I had more space left.  We've already eaten one big one, and we have three more growing!  So easy and super fun. 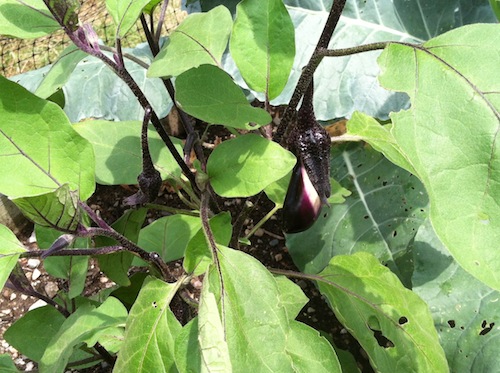 The green beans were started in a paper cup by Aaron in his kindergarten class.  He brought his seedlings home at the end of the year, and we planted them in the garden.  It has grown like crazy!  We've had enough green beans for dinner several times already, and they're still coming! 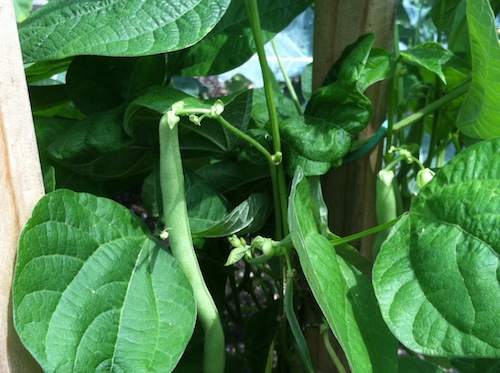 Zucchini!  I've always wanted to grow zucchini but never had the space.  We have already had at least a dozen, and again, they keep coming!  We've had them grilled, sauteed, baked in bread, cooked in chowder...  So awesome. 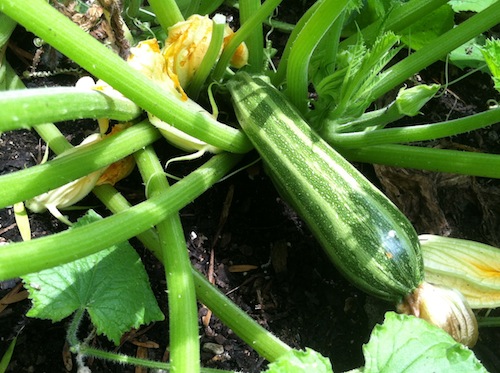 We only have one butternut squash so far, but it's a beauty.  I'm not wishing Summer away, but Fall will be wonderful too. 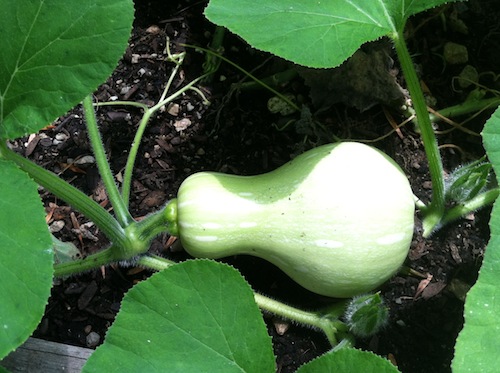 Tomatoes!  We are getting about 15-20 cherry tomatoes a day, plus a regular-sized tomato every few days.  I think the varieties I chose are a little later, so I'm expecting and hoping that August will be full of tomatoes.  Until then, I'm happy to watch Aaron eat cherry tomatoes right off the vine. 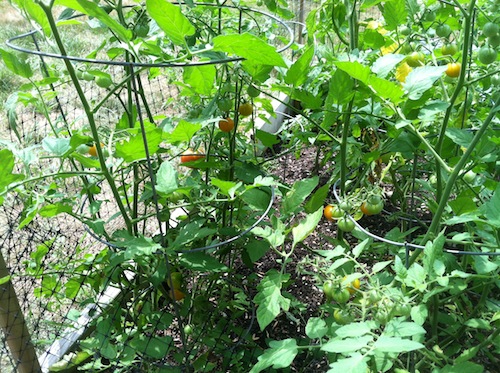 We've also enjoyed a good amount of kale, a couple heads of lettuce (we lost a couple more to heavy rain), quite a few cucumbers (they've been overtaken by the zucchini at this point I think), and we have four big broccoli plants that I hope we get to enjoy in the Fall.  Hooray! 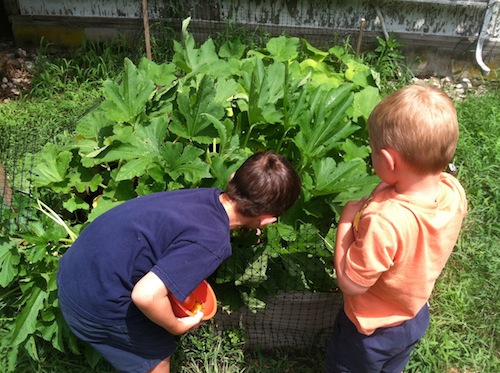