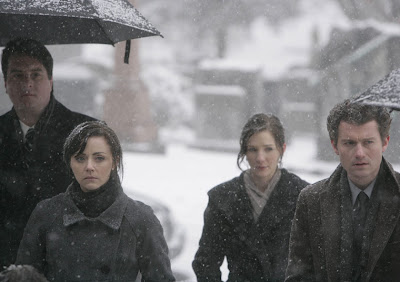 AMC has a new original series, called 'Rubicon'.  If you watch Mad Men, you've no doubt seen the promos.  Rubicon airs right before Mad Men on Sunday nights.  Since Summer has such a void of original programming, and there aren't too many shows I like right now anyway, I decided to give it a shot.

I've seen the first couple episodes at this point, and I'm already hooked.  It's a conspiracy show, so it's one of those shows that you watch only if you're the kind of person who can be comfortable not knowing what's going on.  I like that it's set in NY, I like the characters, especially the lead (Will Travers), and although it's dark, I love these kinds of thriller/intrigue shows.  I don't need to know what's going on.  And when they finally reveal it to me at the end of the series, I won't be disappointed by the outcome, as long as I was entertained along the way.  I've been entertained so far, and I'm curious to say where they go with it.  The show has great potential, and I hope it takes off. 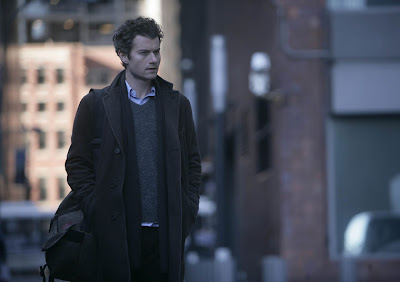 *Images via AMC.com
Posted by Mary