The Civil Wars - Birds of a Feather

Almost exactly a year ago, we went to see a concert by The Civil Wars.  Their debut album had just been released, and I instantly fell in love with their music.  The concert was in a small venue, run by the Berklee College of Music.  Standing-room only in an intimate setting, which was perfect for being able to capture their amazing on-stage chemistry.  Their song "Poison & Wine" had already played on Grey's Anatomy; the buzz had begun, but still not many people knew them at that point.
It's been a lot of fun to watch them rise this year.  Playing the late-night shows, touring with Adele, watching Barton Hollow climb the charts.  I personally have had fun introducing them to my friends.  And on Sunday, they received two Grammys!  (I'm not normally a big fan of the Grammys, but they can be fun when they get it right.)  Barton Hollow was probably my favorite album of 2011, and I can't wait to hear what they come up with next. 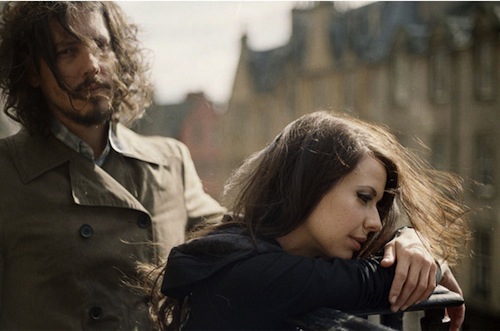