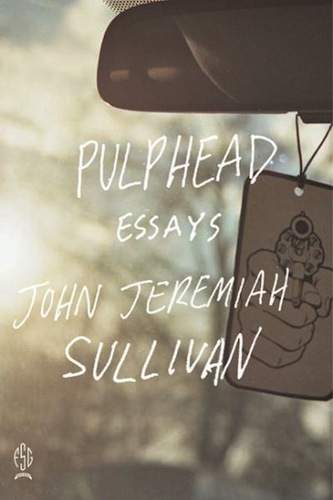 , by John Jeremiah Sullivan, is a collection of fourteen stories.  I'm not sure there's a theme that links them together other than the curiosity of wanting to explore a particular topic in more detail.  The author does a great job of doing research, diving into detail, providing an interesting perspective, and communicating it in an entertaining way.

Sullivan was born in 1974, which makes him the same age as me, and I think many of these stories will particularly appeal to fellow Gen Xers.  The topics range pretty widely, but there are essays on Michael Jackson, Axl Rose, and even a former member of The Real World.  My sisters will find the last story particularly interesting, since the author lives in my childhood hometown, and it discusses the experience he and his family had when the TV show "One Tree Hill" filmed in his house.  The first essay may be my favorite, and in it he writes about attending a Christian-rock festival as someone who went through a "Jesus phase" in high school.  He touches on other topics including US healthcare, the increases of wild-animal attacks on humans, Bunny Wailer, novelist Nelson Lytle, and the time his brother was electrocuted and almost died.

Like I said, it's a pretty wide range.  Throughout them all, though, he maintains an engaging writing style, and he made me laugh out loud at times.  He also made me think in different ways, which is probably the best compliment there is.   It's a really cool book and one that I'd highly recommend.
Posted by Mary