What's the best dessert you've ever made? 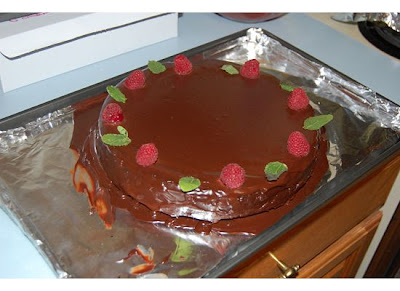 *A's chocolate-cranberry torte. Amazing.
A few years ago, my in-laws decided to start a little competition during the holidays. The first year, it was really just a vote on who liked pumpkin pie better than apple pie, but our little "bake-off" has gotten much more sophisticated. We usually limit it to two or three entries, and this is a team sport. K and I are a team, and our key opponent is my sister-in-law, A. She is often accompanied by either my other SIL or my MIL.
K and I started out strong, and we won by keeping it simple and making a chocolate-pudding pie. It was heavenly, while the cake A & T made was....well, let's just say it wasn't. But A has come on strong lately, and she crushed us last year with an absolutely amazing dessert: chocolate-cranberry torte. This dessert was better than anything you've ever had at a restaurant. Seriously. Our entry was really good, too, and would've won any other year, but nothing could beat that torte.
A has chosen her entry for this year's contest, and she is already talking smack. So I need some inspiration. What is the absolutely best, most delicious dessert you've ever made? It doesn't have to be super complex, and if it involves a candy thermometer, I'll probably be too intimidated to make it. Sometimes simple is best.
Do you have any ideas for me? I want a yummy dessert for the holidays, but I also really want to beat my SIL. Winning is fun. :-) 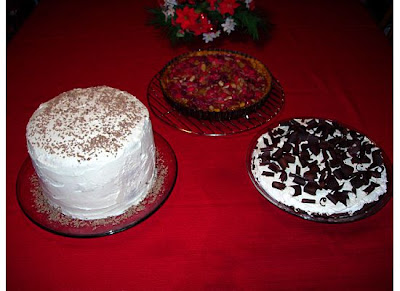 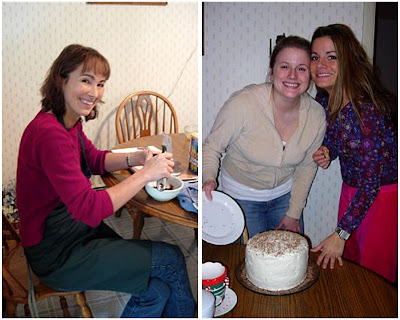 *It's a fun tradition.