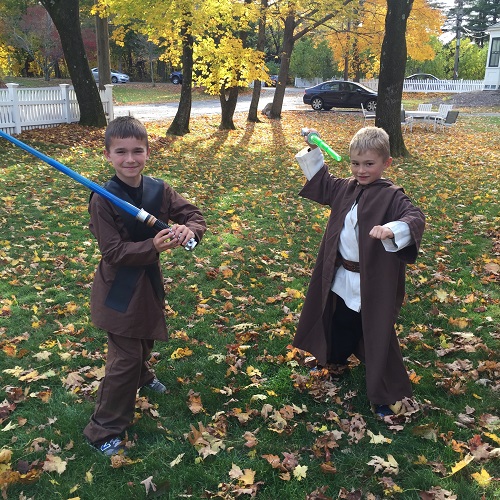 The boys are in their prime Halloween ages right now. Add to that the fact that my company has a family Halloween party, and the fact that the boys decided they should both be Star Wars characters (Luke and Anakin Skywalker)....those facts led to our decision to go big this year.

Kevin and I rarely dress up. (This was a huge exception.)  There aren't too many female characters in Star Wars, so Leia was an easy choice. Kevin didn't hesitate in deciding to be a stormtrooper, spending hours researching costume options (and more $$ than I care to know about). We were all impressed with his commitment, especially seeing how uncomfortable that suit must be! I think it was worth it, though. I know I'll never forget it.  (Especially since he'll probably wear it every year from now on!) 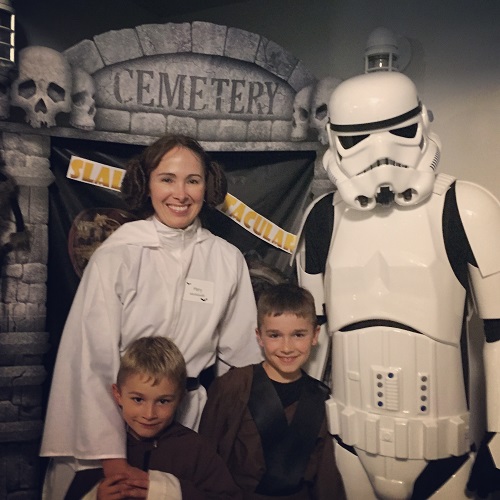 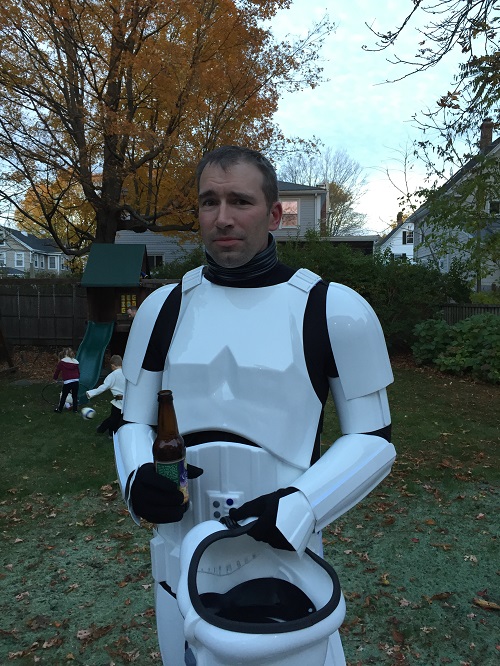