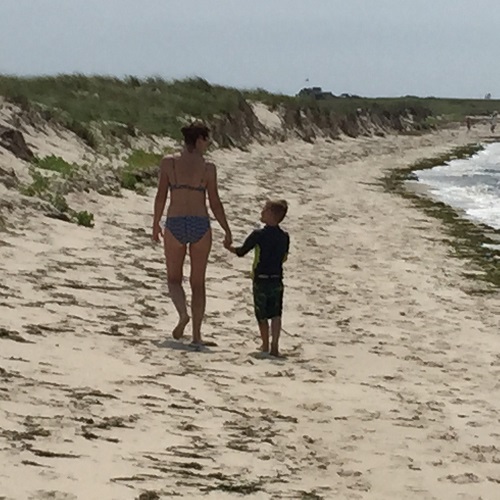 Me and my little man

I already documented the awesome party, but I wanted to capture a few things about my fabulous six-year-old.


1.  His favorite color is now green (the same as mine).
2.  He is still not a big meat-eater. His favorite meals are pasta with sauce and grilled cheese. He's great with most veggies, so I really can't complain. He has always hated tomatoes, but he tried one this week (I ask him to try every year) and decided they weren't so bad. ("But I don't want more, thank you.")
3.  Cereal for breakfast. I often try to replace it with other options, because I hate cereal; but anything else I make is not a replacement for, but rather an addition to, cereal.
4.  His current favorite TV show is Cyberchase. The boys also recently blew through a new "How to Train Your Dragon" series on Netflix.
5.  He is still not a huge fan of movies with people in them; HOWEVER...he just watched Star Wars IV for the first time and loved it. So I guess it depends on the movie.
6.  He loves legos.  He is fine letting his big brother build the sets - he just wants to play with them.
7. He is currently into Star Wars, Ninjago, and Pokemon. He has binders full of cards, and he loves to sort them and compare them and trade them and carry them around and look at them... It's an obsession. Superheroes are still cool too.
8.  He had an amazing kindergarten year. He learned a ton, and he was a good listener and helper. He now has a really good group of friends.
9.  He still requires alone-time every day. Usually this involves sorting his cards or playing with legos or action figures. This drives his brother crazy.
10.  He is a huge fan of soccer. He finally got to play on a team this Spring, and he loved it and can't wait to play again in the Fall.
11.  He also loves baseball. He likes to practice during his big brother's games, and he's getting pretty good. He has to wait until the Spring to play on a team, and he's already asking for gear in anticipation.
12.  I love having him read to me during storytime at night.  We are also venturing slowly into chapter books. We've started quite a few that haven't kept his interest over multiple days, but we have made it through a few, including many Flat Stanleys.
13.  He still has his blonde hair, getting blonder in the summer sun.
14.  He wants to be a soccer player when he grows up.
15.  He likes to hold my hand when we're walking somewhere. I love to hold his hand.