You Learn Something New Every Day 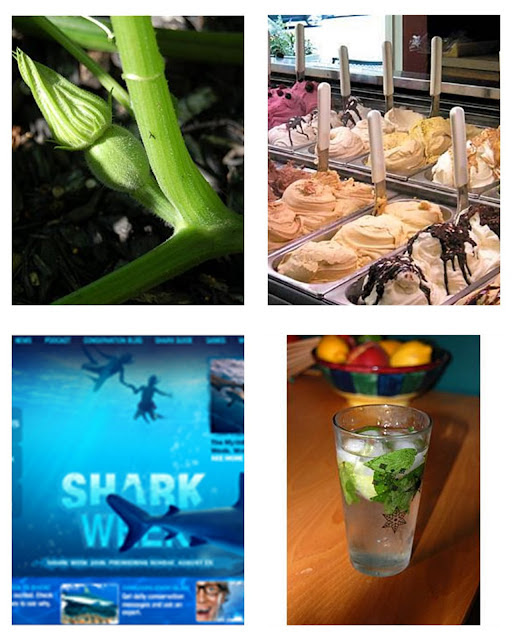 Here are just some of the things I learned last weekend...

1. The difference between gelato and ice cream. Did you know that gelato has more fat than ice cream? I did not. It doesn't make me like it any less, though.
2. Toddlers love being taken to the petting zoo. They do not, however, like being taken away from the petting zoo.
3. Inspired by the abundance of mint in my herb barrel, we decided to learn how to make a mojito. (Very yummy, by the way!) That led to the following question...
4. What's the difference between club soda, sparkling water, and seltzer water?. The answers I found online tell me that they're all the same thing. Then why are they all packaged and marketed separately? Why do we have so many names for the same thing? Maybe I didn't learn this one very well.
5. I've learned over the last few weeks that pumpkin vines can grow ridiculously large. Ours is enormous! We have tons of flowers but no pumpkins yet. I learned that male flowers appear first, in order to attract bees, and then the female flowers arrive. You can tell the female flowers, because they have a growth at the base of the flower which will result in a pumpkin! (Upon further review, it appears we actually do have at least a couple female flowers - and their baby pumpkins - on the vine. See upper right photo above. Yeh!)
6. Shark Week on Discovery Channel inspired me to ask about the difference between seals and sea lions.
Did you know all of these things, or did you just learn something new today?
Posted by Mary