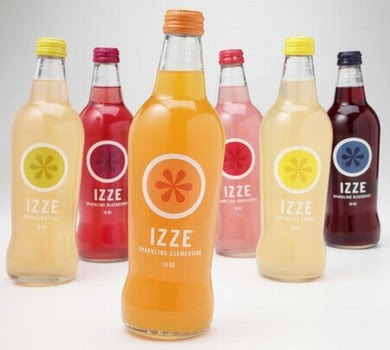 I know, I know. I'm probably very slow to jump on this bandwagon. I just discovered Izze. I went to Whole Foods last week, and I had planned on buying some Limonata, which is my usual refreshing beverage of choice for a hot day. Well, they were out, so I decided to try something else. I picked up a pack of Lime Izze, and I could say with the first sip that I was hooked. It's nothing but fruit juice and sparkling water, so it's refreshing without being too sweet.

Then I went to Costco this past weekend and discovered that they sell cases of Izze (for significantly cheaper than buying individual four-packs at the grocery store). The flavors sadly did not include Lime, which I've already determined is my favorite (after trying 3 others), so I'll probably still occasionally splurge on Lime. Lime is apparently pretty new, so if you already love Izze but haven't tried it, please do. It's yummy.
Posted by Mary