Frazey Ford's solo debut album just came out, and I'm loving it.  In the video above, she performs her first single, entitled "Firecracker".  My favorite song on the album, though, is called "Blue Streak Mama".  "Bird of Paradise

" is great too.  Please give it a listen.

Frazey Ford  was part of a band called The Be Good Tanyas, which is fabulous as well.  They are described as having roots in bluegrass and Americana.  Frazey's solo album

does not stray too far from this sound, but it definitely has more of a blues and soul feel to it.  It's wonderful. 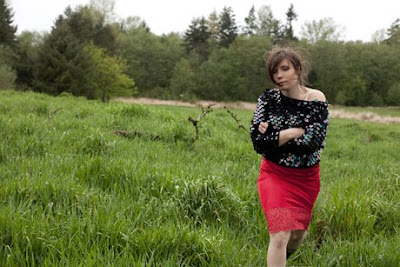