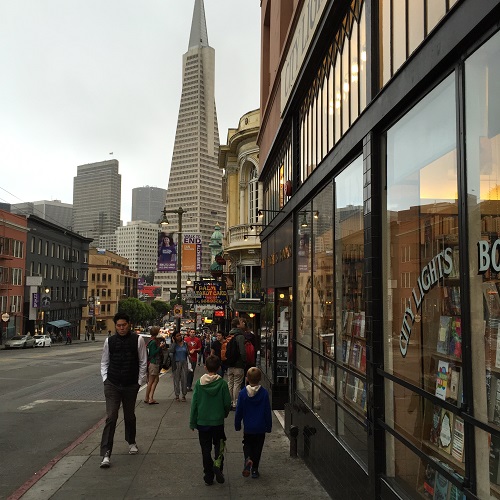 Last month, Kevin and I were looking at the calendar, working to arrange after-school care and make plans. September is full of holidays and half-days, and as we're transitioning into a new school year, it can be a difficult month to manage. Rosh Hashana meant two days off of school for the boys, and Kevin mentioned that he would be in San Francisco that week. "Why don't you bring the boys out for a long weekend?" he suggested. I did not hesitate.

My boys are spoiled. I never made it out of the East Coast time zone until I was 25 and in a position to pay for my own trip. My boys, on the other hand, have already visited many places in the US and the Caribbean, in addition to Spain, Italy, France, and the Netherlands. They already do not view it as a big deal to fly, and they have a pretty good grasp of geography, as well as a perspective on different languages and cultures. I do often wonder if I'm giving them a global perspective or if we're spoiling them and leaving them unable to appreciate how fortunate they are to be able to have such experiences. I think the answer is probably both.

There are also times on every trip when I question my sanity in traveling with kids. Traveling is hard, but exponentially so when you're dealing with tired and bickering and whining kids. But then I find myself walking the streets of San Francisco, playing I Spy and pointing out cool and beautiful buildings, noticing them appreciate the sights of the city (the trolleys, the bridges, Lombard Street...), and I know that it's worth it.

And if I'm being honest, the primary reason that I travel with my kids is that I love to travel. I want to see new places, and I also want to spend time with my family.

We had a wonderful time in San Francisco. It's a very special city to Kevin and me, since it's where we began dating. It was fun to be able to celebrate our anniversary (13!) there, and it was also fun to be able to show the boys Kevin's old apartment and take them to some of our favorite restaurants. It was a long trip for just a few nights, but the boys are getting easier and easier to travel with, and it was absolutely worthwhile.

Some of the things we did... 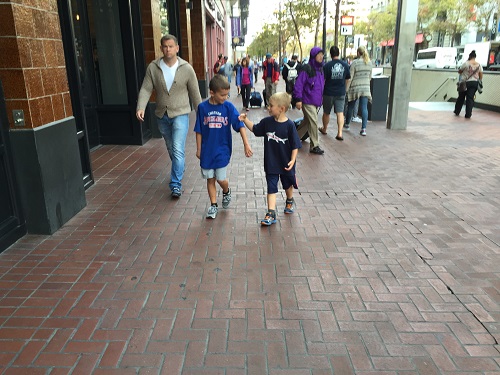 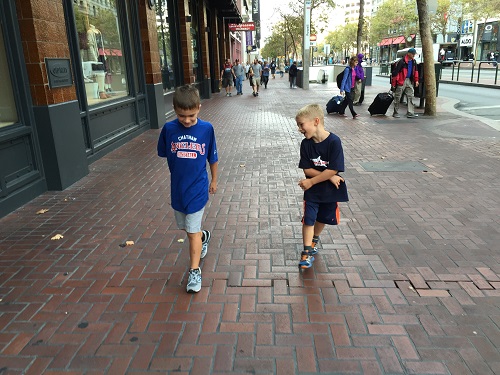 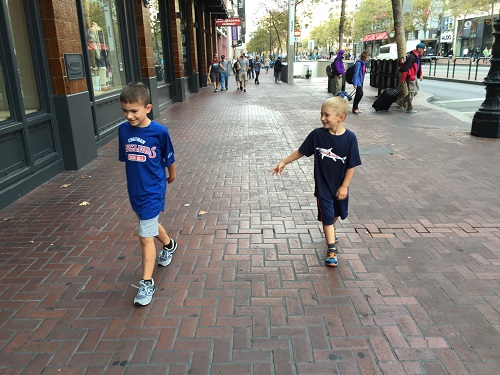