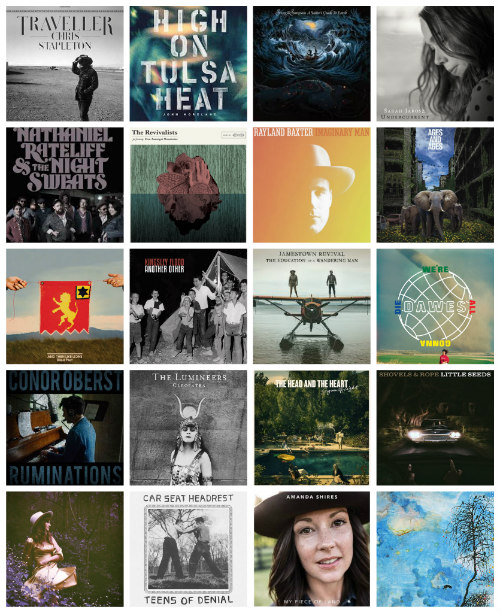 I love going through the music I've enjoyed throughout the year, determining which I think will become long-term classics vs. those that were special in a specific time. I love different types of music for different moods and activities. My driving music is different than the music I want to listen to when I'm alone in the house or cooking or entertaining.

When I look back at 2016, Chris Stapleton looms large. (I know his album technically came out in 2015, along with a few others on this list, but this is the year I came to know them. Sometimes I'm late to the game.) When Kevin decides he likes a band, it goes on repeat for months - Chris Stapleton was his favorite of the year for sure.

Other most-played artists include John Moreland, whose gorgeous, sad voice we discovered in Newport. Sturgill Simpson is now grammy-nominated for his awesome follow-up album, which contains beautiful lyrics inspired by his new son. The Revivalists are the band I turn up loud and want to dance around to. Whenever a song comes on that I love and need to check who it is - it's Rayland Baxter; I love every song on that album. Dawes' latest album is so different from their previous albums, and I love it for that.