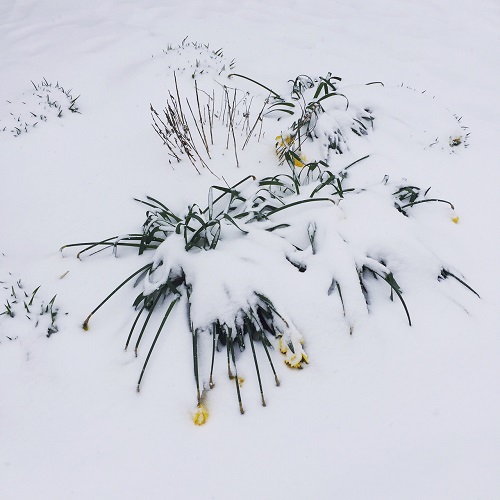 The biggest benefit of maintaining this blog is that it forces me to practice optimism. It is my gratitude journal. I may whine a bit every now and then, but it's usually in the act of allowing myself to let it out so I can move on. I am a natural pessimist, so I have to work really hard to maintain my optimism. Life is so much better that way. This week was tough, but I'm putting in the work and focusing on the positives.

On Monday morning, we woke up to a snowstorm. In the above picture, you can see our daffodils buried in snow. It was cold, the roads were bad, and our power went out for a while on Sunday. It came back, but our cable/internet/phone service did not. When I look at that picture - and out our front windows - I'm trying to focus on the blooming flowers rather than the snow.

On Monday afternoon, I got a call informing me that our sitter was in a car accident. I had to walk out of a meeting that I was facilitating to leave work immediately to pick up the boys from school. I reminded myself to focus on the facts that nobody was hurt, the boys weren't in the car, and my current job is not too far away. I got the boys and called into my next meeting from home. I'm grateful to be able to do that.

Did I mention the lack of cable/internet service? And the need to work from home? As well as the desire to watch a certain basketball game Monday night? It was an extremely frustrating day, but in the end, I was able to use my phone hotspot to connect to WiFi and get some work done. Oh, and I watched the basketball game, too.

Speaking of the basketball game - we lost, which was the cherry on top of a really crappy day. But I woke up Tuesday morning feeling nothing but gratitude at the opportunity to watch a great group of guys win a bunch of games and play an amazing championship game, losing to another great group of guys. It was satisfying.

The weather has now turned to rain, and although I hate cold rain and spring in New England, it seems like an improvement. The first week of soccer has been canceled due to the fields being covered in snow, but it will start next week. And the week after that, we are headed to Florida, to spend time in the warm sunshine at DisneyWorld.

Until then, I will do my best to keep focused on the good stuff. 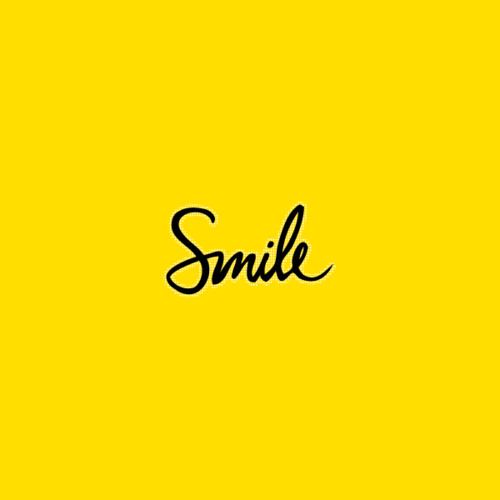