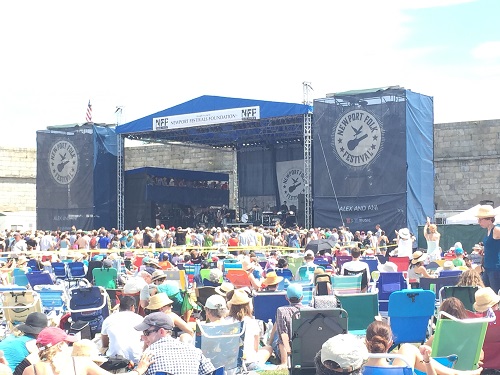 The Newport Folk Festival is always a highlight of the year. A large, happy gathering of people to sit in the sunshine and listen to good music. Is there anything more beautiful than that?

JT was a surprise guest in the middle of the afternoon. Although I confess that he felt very old-school in the midst of all these younger artists, it was a nice tribute. The last time he played Newport, his set was cut short because Neil Armstrong had just stepped out onto the moon! I had heard he was coming the night before, and when I told Kevin, the boys heard and asked, "Who is James Taylor?" I felt that it was my obligation to introduce them to his music, so we spent Friday's dinnertime listening to his classics. Aaron was excited that he played many of those same songs the following day, including "Carolina in my Mind", which I had told them was played pretty much nonstop during my freshman orientation at the University of North Carolina.

It was a really nice day, with a few annoyances as well. I forgot to set my own expectations for spending a day like this with two still relatively little boys. We had many nice moments, listening to music, doing crafts in the family tent, playing corn hole, eating lunch.  And we had some terribly frustrating moments, including the first couple songs of Jason Isbell's set, when the boys whined and moaned about being bored and hot and having to pee. Later in the evening, they got tired and restless and proceeded to run around like wild animals, fighting and yelling. I love them so much, but it must be said:  kids suck sometimes.

We splurged on a night in a Newport hotel, with visions of spending Sunday by the very nice pool. Unfortunately, the weather didn't agree with our plan, so after a quick and chilly dip, we walked around town with two whiny boys, had lunch, and headed home.

Although it didn't quite end up as I had hoped, it was still a worthwhile endeavor, and I'm already looking forward to doing it again next year. It's a family tradition I want to continue, and one day the boys will think back to the time they saw James Taylor in concert. 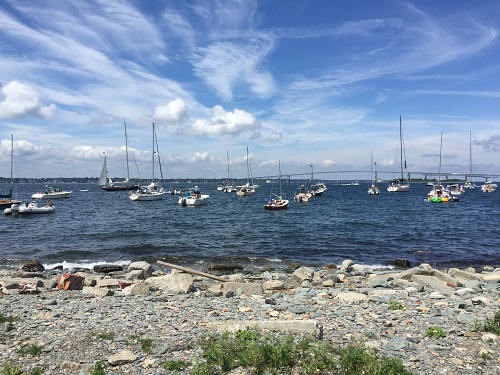 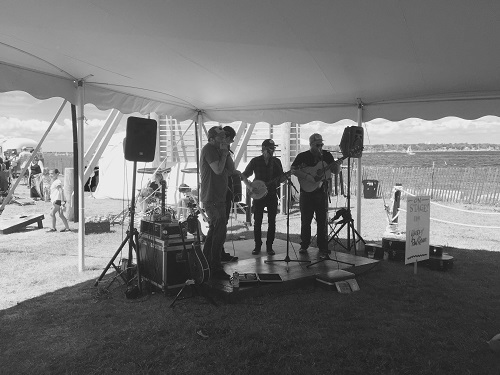 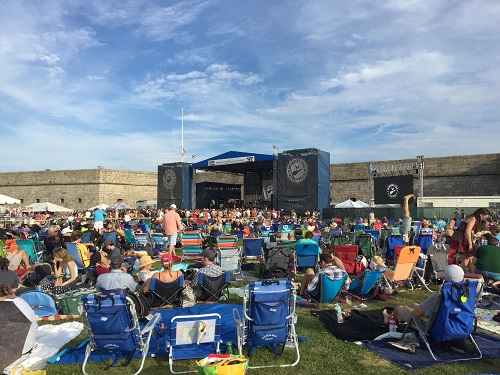