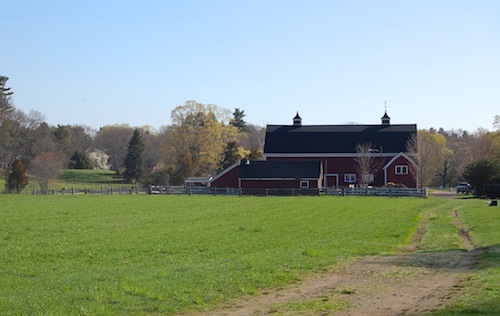 Neighborhood farm at the start of the parade route

What a fun and happy weekend.  The weather was picture-perfect from start to finish, and we enjoyed every moment outside.  We kicked it off on Friday with pizza and brownies to celebrate Kevin's birthday.  He's now 38, which makes me feel a little better.  That month between our birthdays where he is two years younger irritates me just a bit.

On Saturday morning, Aaron put on his new baseball uniform and walked in a parade with the rest of the town little league teams.  They walk right in our neighborhood and end at the fields next to our house, so it was very convenient.  It was also ridiculously cute, these little guys (and yes a few girls!) in matching outfits.  Tonight is their first game.

Aaron attended a birthday party, and Nathan and I played at home while Kevin got started on the yard work.  That night, Kevin slept on the couch while I watched 'Lincoln'.  I knew that it was a long movie, so I expected it to feel rather slow in parts, but I was engaged the entire time and thought it went by very quickly.  The acting was tremendous, as expected, and I really enjoyed it.

We went to the Red Sox game on Sunday, and the difference between last year and this year was striking.  The boys were much more interested in what was going on in the game, especially Aaron.  Nathan was still mostly interested in pizza and ice cream, but he had fun seeing Wally and did not complain.  Aaron asked lots of good questions, and we talked about the players, positions, and the rules during the game.  He was actually upset when we decided to leave before the last inning in order to beat the crowds.  Very cool and very fun.

Ahhh....the fun part of Spring has arrived, and I am excited! 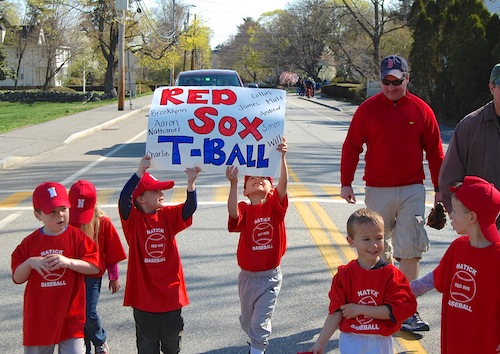 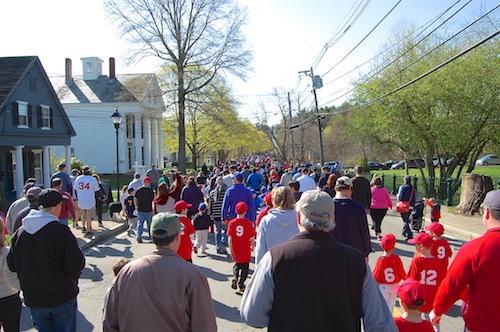 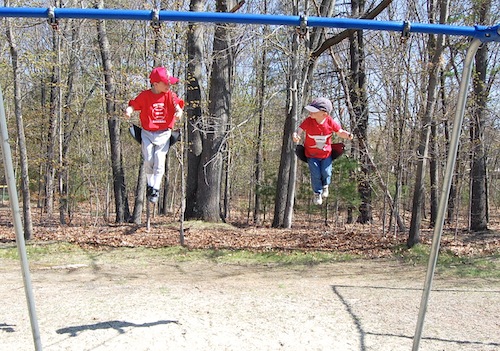